HDMI cables have been with us since around 2002 and have steadily improved over the last few years. These cables allow consumers to watch true 1080p high definition video on their HDTV's from a variety of different sources including cable providers, Blu-Ray players, game consoles and even some smart phones and digital cameras. HDMI cables represent a leap forward in terms of quality and performance over analog cables much the same way that DVD players greatly improved over VHS players. Initially, HDMI cables provided an impressive 4.6 gigabit per second of transfer but they have now been improved to the point where they offer a whopping 10.6 gigabit per second. 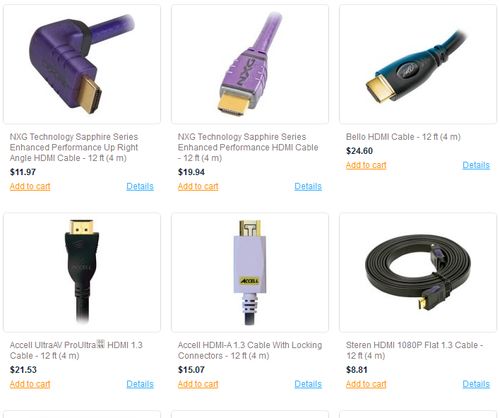 Some consumers still have not gotten accustomed to the differences when it comes to purchasing HDMI cables rather than analog cables. When purchasing analog cables, better quality definitely came at a higher price. 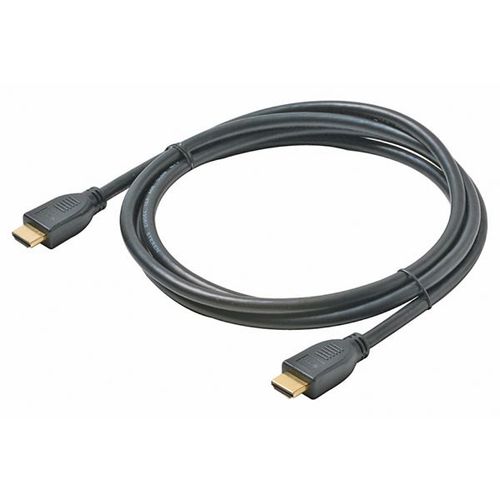 HDMI more or less replaced DVI when it came to getting a high definition digital video from a peripheral to a television. HDMI offered several improvements over what DVI was capable of delivering including audio support and the ability for two devices to communicate back and forth. HDMI is also backwards compatible DVI which makes it the perfect all-around replacement cable. There is some issue with signal degradation when using a digital signal although HDMI is not nearly as susceptible to this as analog component cables were. Individuals that have a need for only a short cable do not need to worry about the picture compromised.

Any time spent in a typical electronics retail store will leave the consumer with the impression that you have to spend a lot of money to get a decent HDMI cable. It is not uncommon for a 10 foot HDMI cable to cost well north of $100. One of the things that many consumers do not understand is that a digital signal either works or it does not. This means that an expensive cable is not going to deliver any clearer picture or sound than a cheap one. The price savings on a generic HDMI cable over a brand name model can be very significant.
Posted by vonadazh at 4:46 AM

Cable for Your Device